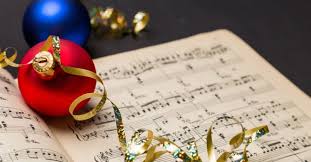 Eve inspired this part of Christmas with her post on Facebook about songs that
remind us, nostalgically, of people in our family!

I have a song for each one of you!!

The 12 Days of Christmas - by The Muppets

I’m kind of cheating with the nostalgic Christmas music that reminds me of Don because I’m going to include two songs…not just one. You all know that Don and I have a kind of a competition in life; who is the oldest?, who’s the best?, blah blah blah, nyah nyah nyah nyah nyah nyah! And when we were younger it was a lot more, shall we say, competitive, than it is now. But now we love each other “competitively.” That’s why the song(s) that I have chosen for Dan that make me nostalgic for him are the Heat Mizer and the Snow Mizer songs. Two brothers musically duking it out!

It was Christmas time when I first heard Grant do Spanish gibberish… And I am still amazed to this day at how he can do that. I have tried it many times in my life, comparing myself to him, but I always fall short…and it really bugs me. And yet, I am proud of him and I love him a ton!
As a result, my nostalgic song for Grant is Feliz Navidad. And my favorite version of that song is sung by Michael Bublé in a duet with Thalia. I love how at the end of the song it feels like the whole world is joining them in wishing us all a Feliz Navidad. That’s how Grant is, he loves the whole world, and they love him back.

Of course, when it comes to David, I get nostalgic for the days when he sang with Crosstowne… Especially their free family Christmas concerts. I love all the songs that they sang, so it was very difficult to narrow it down to one, and even though I would put Mary’s Boy Child in second place, my favorite is Christmas Fever. I actually used that song one year when I taught at American Heritage Academy as the song that the second graders performed to. It was amazing! So David, thank you for bringing us Christmas Fever.

I sometimes feel like I was born a poor black child…(don’t worry mom, that’s a line from a movie, said by Steve Martin). I say that because quite often I find myself loving and enjoying African-American–type music…i.e. The Wiz, black gospel music, etc. Julie actually got to embed herself into that culture, so the music that makes me nostalgic for Julie is an African-American version of Handel’s Messiah called A Soulful Celebration. If possible I would play the whole “cantata“ for you, because all of the songs are extraordinary, but instead, I decided to leave you with the Hallelujah Chorus. Enjoy!

Hallelujah from A Soulful Celebration

Chuck Negron was one of the lead singers in the group called Three Dog Night, which was famous for the song Joy to the World. Later on, Chuck released a solo album of Christmas songs which included both of the Christmas version and the Three Dog Night version combined. It is quite amazing and excellent! You should understand, then, when I am nostalgic for John/Jeremiah, that this song makes sense. Listen all the way to the end… You’ll see what I mean.

Joy to the World by Chuck Negron

I LOVE to hang out with Chris when he is here for the holidays. We have the best time playing games, going out for “coffee,“ and just talking about life in general. To me that has become a Christmas tradition that I look forward to every year. There was one time we were out and about doing stuff and I heard an old Christmas classic playing. I don’t remember where we were, or even WHEN we were, but I do know that when I hear this song, I am overcome with an extra wave of love and nostalgia for Chris. And that song is a Charlie Brown Christmas. There is only one version… And here it is.

A Charlie Brown Christmas from Peanuts

One year for her birthday, I sent Eve a cute little handmade video underscored by one of my favorite Christmas songs called I Thank You For Your Love. I don’t know if she knew that it was a Christmas song at the time, but it is so perfect for her because it’s a song about the best present that you can give on Christmas. Not one that goes under a tree, but one that is there year round… And that is the gift of love. But wait, it gets even better, because Eve is perfect at showing that love to all of us and so when I hear this song I think of her… But, closer to the end of the song you will realize that the person isn’t singing to a loved one anymore, but to the Savior. It’s beautiful, it’s amazing, and it’s very moving…and that’s how Eve is to me also.

I Thank You For Your Love from The Mummer's Place